If you have been in an auto accident you need to know a little about the state’s law, as it relates to auto accidents.

The insurance company’s auto policies must conform to state requirements. Some states do not require mandatory insurance. (Georgia has no insurance requirements.) These states leave injured victims totally without recourse for their injuries. Obviously, personal health insurance is important to have.

We all agree that driving on Florida's roadways is dangerous but did you know that approximately 71% of drivers in Florida carry no liability insurance? Liability insurance covers a person injured by the driver who causes an accident. That means almost three out of four drivers who are at fault in an accident have absolutely no insurance to cover anyone they injure. That could be you! An estimated 44% of drivers in Florida have no insurance coverage. How can you protect yourself? Driving defensively is important. One defensive driving tip is hesitating as the traffic light turns green to make sure the intersection is clear.

NO!  Shop your auto insurance and buy where the premium is lowest!

Carrying the right type of insurance can help you in the event you or a family member are hurt or injured in an accident. 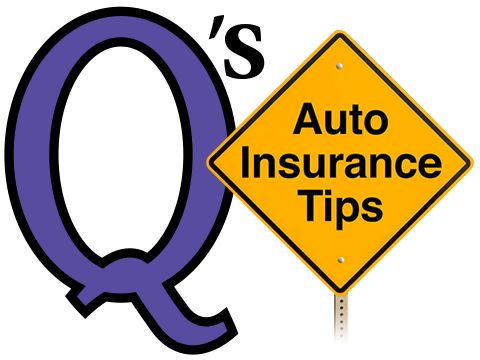 Feel free to call my office at 1-800-332-1992 and talk to our legal staff about your auto insurance policy at no cost to you. We will recommend to you the best insurance companies based on our over 25 years of experience!

*This is only a suggestion, you should purchase coverage appropriate to your needs and protection.

Some people who have been in car accidents with Allstate Insurance Company policyholders are suing the company, alleging Allstate misled them into accepting less than they were owed or caused them to lose their chance to sue by persuading them they didn’t need an attorney.

The suits — filed in state courts in New London, CT; Golden, CO; Point Pleasant, WV; Austin, TX; Seattle and Chicago, and seeking class-action status — mark an escalation in the controversy over Allstate’s attempts to persuade people who have been in accidents with its customers not to hire a lawyer. Other people have sued the company individually.

Since about 1995, Allstate has been sending people who have had accidents with its policyholders a letter and a leaflet headed: "Do I Need An Attorney?"

The leaflet has raised the ire of plaintiffs’ lawyers by emphasizing that claims tend to be settle faster without attorney involvement. It cites a study by the industry-funded Insurance Research Council. It also reminds people that attorneys often get as much as one-third of the amount of settlements. "You may wish to hire an attorney on the condition that the contingent fee apply only to the settlement amount in excess of what Allstate offered to you without the attorney’s assistance," the leaflet suggests.

In the letters, Allstate assures the accident victims that, even though they aren’t Allstate customers, Allstate will provide them with "quality service," and their own "Claim Representative." The letter also asks for authorization to collect their medical information to evaluate injury claims.

Allstate says it plans to vigorously defend each of the lawsuits and defends the correspondence, saying it merely rebuts dial-a-lawyer advertisements that send the message that every accident victim needs a lawyer to milk evil insurers. Kevin Sullivan, Allstate Assistant General Counsel, notes that the company is bound by fair-claims laws in all states not to low ball claimants or mislead them.

"The key here is not people who are seriously injured," Mr. Sullivan says. "The key is focusing on the minor-injury cases."

Still, attorneys general in several states have gotten involved. New York’s attorney general in January 1997 got Allstate to tone down the letters so they no longer tell non-policyholders that they are Allstate’s "customers" and no longer offer to help them figure out whether they are due compensation beyond medical expenses and lost wages. Allstate says it made those and other changes nationwide last year.

"Such individuals are in a potentially adversarial position [to Allstate] and, in many instances, their rights may not be adequately protected without legal representation," New York attorney general Dennis Vacco said in last year’s pact with Allstate. Attorneys general in Maryland, Pennsylvania, Rhode Island and Texas also have begun inquiries, the company says. Allstate says it is making other changes to its documents to satisfy a New Jersey supreme court unauthorized-practice-of-law committee.

Meantime, the West Virginia state bar, in an opinion that could form the basis for legal action, found that Allstate was engaging in the unauthorized practice of law. Allstate is appealing the opinion, which reasoned that because Allstate wasn’t simply advertising the information generally, it was essentially giving legal counsel to a targeted group of individuals who had been in accidents.

In the lawsuits, the plaintiffs allege that Allstate’s suasion does irreparable harm to the person’s bargaining position.

In the Connecticut suit, Sandra White of Voluntown was injured in a four-car collision allegedly caused by a 17-year-old driver insured by Allstate. She alleges that Allstate persuaded her not to seek legal help for six months, causing her to lose a chance to collect valuable evidence, even as Allstate used medical information she gave the company to offer her an "inadequate" settlement. Allstate offered her $50,000 as compensation for what her lawyer estimates as $36,000 in medical expenses and lost wages due to her knee injury. Her attorney, Robert I. Reardon of New London, alleges that’s not enough to cover her losses, including pain and suffering, which should total "over $100,000."

Another plaintiff, Thomas Moore of New Fairfield, CT, alleges that an Allstate claims representative caused him to lose his right to sue the drunk driver who hit him and caused injuries that resulted in $3,500 in medical expenses. The claims representative allegedly told him, incorrectly, that he had to wait until all injuries were treated before filing a claim and failed to tell him that he had to contact the bar or liquor store where the driver bought his alcohol within 60 days of the accident to preserve his right to sue the establishment.

Allstate’s Mr. Sullivan wouldn’t discuss the allegations except to say that, "You have to take it with a grain of salt" recollections by accident victims of what claims representatives told them.